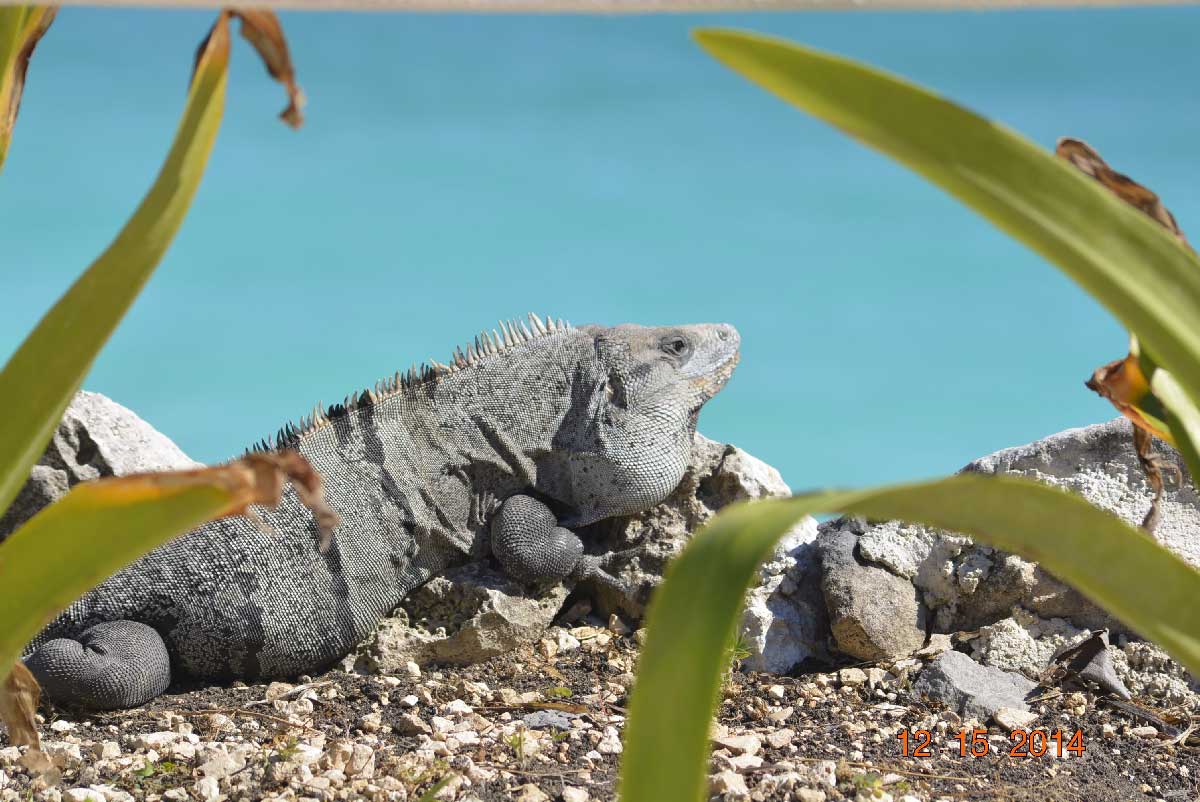 Rich in biodiversity, the Sian Ka’an Biosphere Reserve is fortunate to be a natural habitat of an amazing number of animal species.  With a wide variety of vegetation types and plenty of secluded space to exist undisturbed in the wild, the animals here are living the way nature always intended.  Geographic features including swamps, lagoons, coastal lagoons and marine environments are a wonderful refuge for these lucky resident creatures. There is an astounding number of bird species here, with 326 different types that have been recorded thus far.  This includes 219 species that are full-time residents and 65 that migrate here for the winter.  Beyond that, the area is also along the migratory path for birds that travel to Central and South America.  The reserve counts 21 out of the 23 species of wading birds found in Mexico as residents.  Species including the toucan, frigate, jabiru stork, cormorant, crowned pigeon and great curassow are common sightings in the reserve.

The Sian Ka’an Biosphere boasts Mexico’s second-highest numbers of reproduction amongst some of the most endangered species including the jabiru, the wood stork, the white ibis, hairy heron and albo garzon.  The Yucatan peninsula is home to several unique species such as the ocellated turkey, Yucatecan troglodyte, Yucatecan chara and black mimido.  In addition, it is the first region in Mexico with sightings of the dark ibis, and some flamingos have even been spotted here in the winter. The Sian Ka’an Reserve has the largest area of protected habitat of crocodiles in the entire country of Mexico.  One of the best preserved populations of Morelet’s crocodile, also known as the Mexican crocodile, coexist with the American crocodile within the reserve, which has a generous region of over 300,000 hectares of aquatic environments.  Notable turtle species include the loggerhead turtle and white turtle. A spectacular collection of mammals (96 recorded species) call Sian Ka’an home, with everything from bats to dolphins.  Standout mammals include majestic large cats such as the puma, multiple species of ocelot, jaguar and jaguarundi which roam free in the reserve, as well as spider monkeys, tapir, paca, possums, manatee and whales. Some animals that live in the reserve are very rare or in danger of extinction, among them birds including brown boobies, red-footed bobo, American anhinga, reddish egret, yellow-head buzzard, king vulture, osprey, water calandria, barred ralon, peak canoe toucan, peregrine falcon, American stork and the Yucatecan parrot, while the white-fronted parrot is under special protection.  Mammals such as howler monkeys, anteater, porcupine and jaguar are also rare or nearing extinction.

Visit the Sian Ka’an Biosphere Reserve when you travel to the Yucatan peninsula, where you can encounter a vast array of breathtaking wildlife!