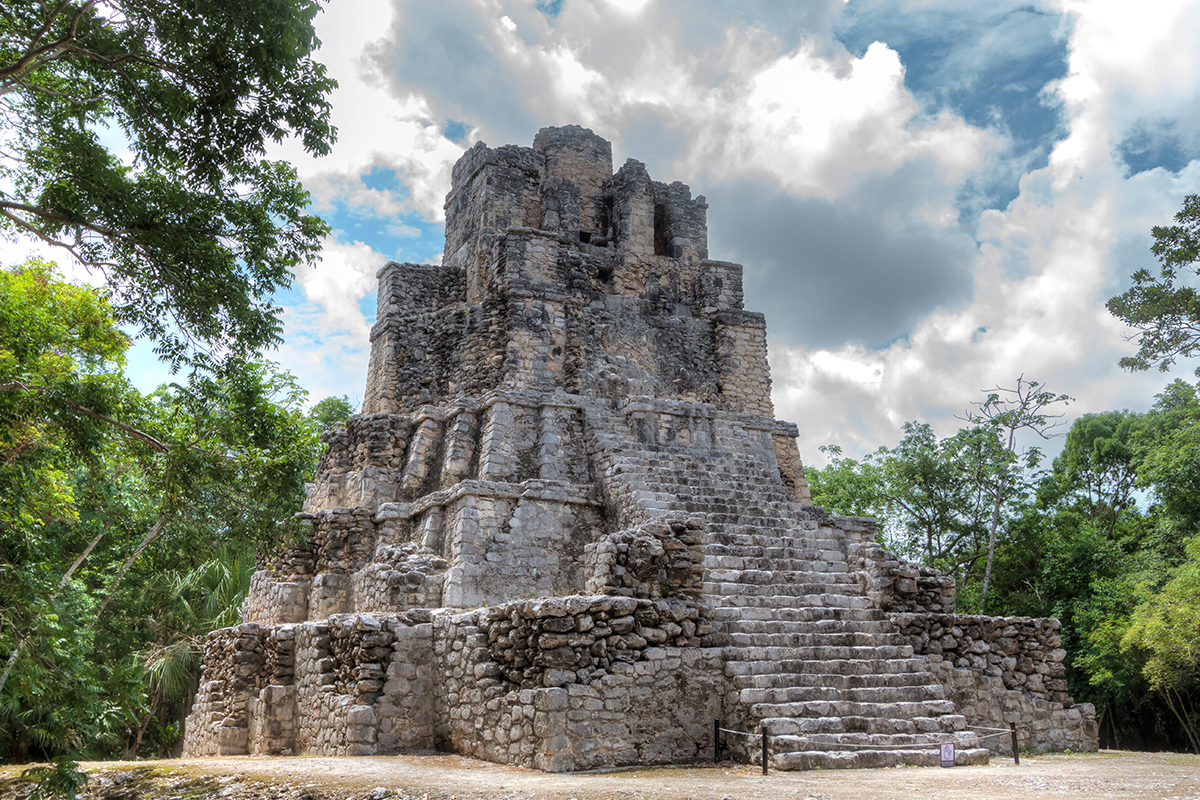 Although nearby Tulum garners a great deal of attention from tourists, the Muyil Ruins archaeological site (also historically known as Chunyaxché) is an exceptional place to visit as well. Situated within the northwestern border of the Sian Ka’an Biosphere Reserve, this enchanting historical site is far less busy than Tulum, making for a pleasant and relaxing tour around the fascinating Mayan ruins. Since the lush grounds are simple to navigate, the ruins are a terrific place to explore for nearly all ages and abilities. The Sian Ka’an Biosphere Reserve contains the ruins of 22 pre-Hispanic settlements, but the Muyil ruins are certainly the most noteworthy.

The Muyil Ruins are located 12 kilometers inland from the Caribbean coastline and roughly 25 kilometers (9.3 miles) south of Tulum. The settlement covers 38 hectares of lush jungle habitat, where you can stroll the grounds and take in the incredible surroundings. The site is home to countless Ceiba trees, which are known as the “tree of life” and were revered by the Maya because of their belief that the trees could connect them to the underworld. From buildings nestled deep within the lush vegetation to an incredible onsite lagoon and a complex canal system dug by the Maya that leads to the Caribbean, there is so much to see and do at the Muyil Ruins! Wander the well-maintained paths and imagine what life was like within in the ancient community.

The Rich History of the Muyil Ruins 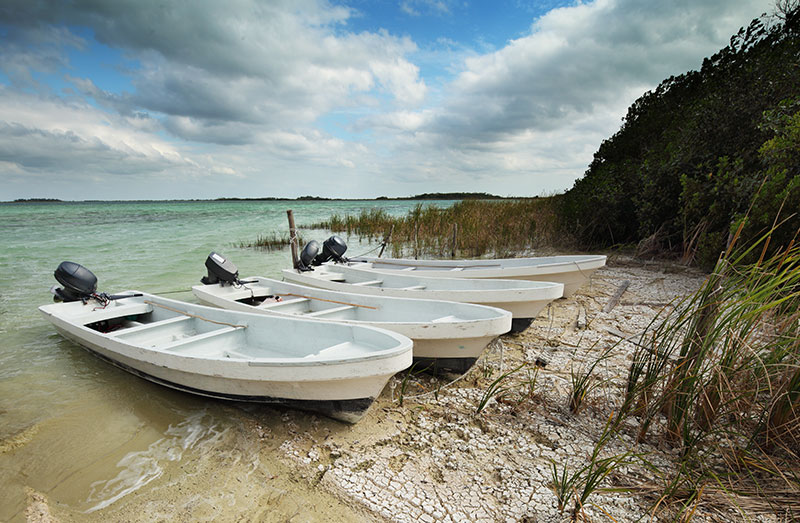 The Muyil settlement was one of the earliest on the Caribbean coast, and archaeologists believe it was established around 300 B.C., which was centuries earlier than other ancient Maya sites around the Yucatan such as Chichen Itza, Tulum and Uxmal. Not all of the buildings have undergone excavation, but El Castillo (the castle) is a sight to behold and is easily the most famous at Muyil as it is the tallest pyramid (57 feet) to have been built along the Riviera Maya.

The city was heavily populated during its pre-Hispanic heyday thanks in part to its location near the Muyil Lagoon, making it a significant point along maritime trade routes. In fact, the relationship between Muyil and fellow Maya city Coba was well documented. Unfortunately, once the Spanish invaded during the 16th century, residents either abandoned the ancient settlement to get away from the Spanish or succumbed to diseases they were exposed to by the European intruders. The buildings left behind were mostly private homes or public spaces where important civic and religious events were held.

The Observation Tower at the Lagoon

One of the most magnificent parts of visiting the Muyil ruins is making a visit to the lookout tower found at the Laguna (lagoon) Muyil. After climbing up into the tower, you can enjoy sweeping views of the water as well as the rich vegetation of the jungle that envelops you as you are perched roughly four floors up from the ground. Getting this bird’s-eye perspective of the land is and the lagoon is definitely a highlight for many visitors.

No getaway to the Sian Ka’an Biosphere Reserve would be complete without a visit to the Muyil Ruins, so do not miss an experience of a lifetime at this captivating archaeological site!