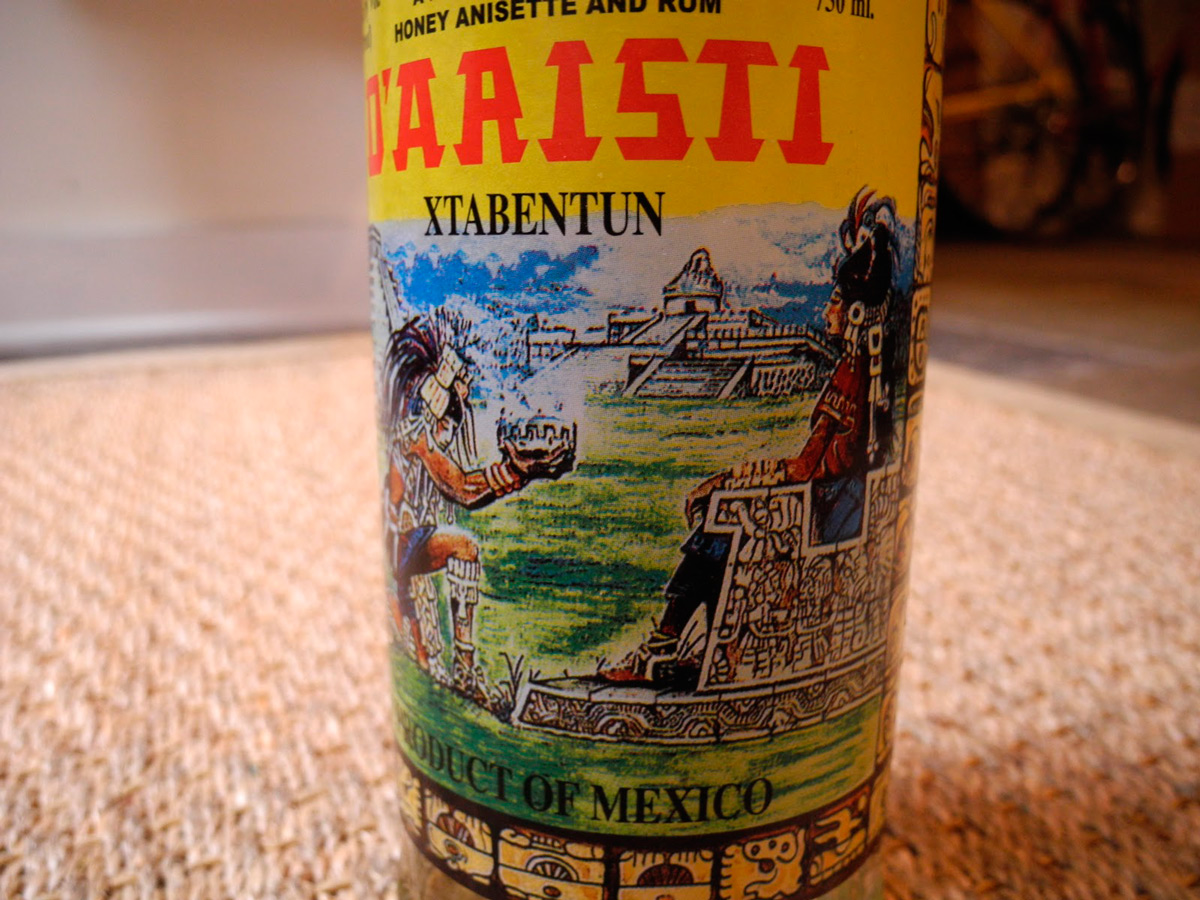 If you’re a bit of a connoisseur when it comes to food and drink then you’ll want to hear about xtabentun; this sweet Mexican liqueur is really delicious, and is quickly gaining popularity around the world. Lesser known that the big hitters tequila and mescal, and even less well known that raicilla, xtabentun is produced only in the Yucatan Peninsula and has a limited distribution area. As such it won’t be too much of a surprise to hear that most parts of the country do not stock it and know very little about it; it can be found mostly in Yucatan and Quintana Roo. Xtabentun is made from anise seeds and fermented honey which is extracted by bees from the nectar of the flower of a same name, and it is known to go back to Mayan times, especially to a ceremonial liquor called Balché. The plant from which this drink comes is knowns as Turbina corymbosa, scientifically, but its common name means “vines growing on stone” in Yucatec Mayan. It can be recognised by the beautiful white blooms it produced.

There are very few sources which distribute this wonderful liqueur; “Vallisoletano Xtabentun”,and “D’Aristi Xtabentun Crema” are two. In spite of this lack of widespread marketing, however, xtabentun is slowly gaining a foothold in the world market, and is being drunk in many different ways. Generally it is preferred straight, but some drink it with honey or ice, and it’s even paired with tequila and a half lemon to make something called a Mayan Margarita! You can generally find xtabentum in big cities like Cancun where it is often found in meals and desserts. There are local traditions which explain the origin of this drink in a more mythical way. One goes as such; there was a beautiful woman who lived in a small town. Over the years she had become sick of love and gave herself to whoever she fancied when they asked, and because of this she came to be known as Xkeban. Xkeba could mean “Bad Woman,” and yet she was not; she was good and kind. She helped the sick, the homeless and was kind to animals, often taking in those abandoned. She never spoke ill of anyone and was humble despite all the insults and humiliations levelled at her as a result of her actions.

One day she failed to appear around town and a sweet smell was everywhere around. They followed the smell to its source and found her dead in her home. Later she was buried by the townspeople, mostly out of pity and a sense of civic duty, and her tomb was found to be covered with xtabentun flowers the next day.

This is a sweet and fragrant liqueur which has been produced in Mexico for hundreds of years, and you can find it in places like the Sian Ka’an Biosphere and the Riviera Maya. Be sure you don’t miss out on experiencing Xtabentun when you are next in Mexico.