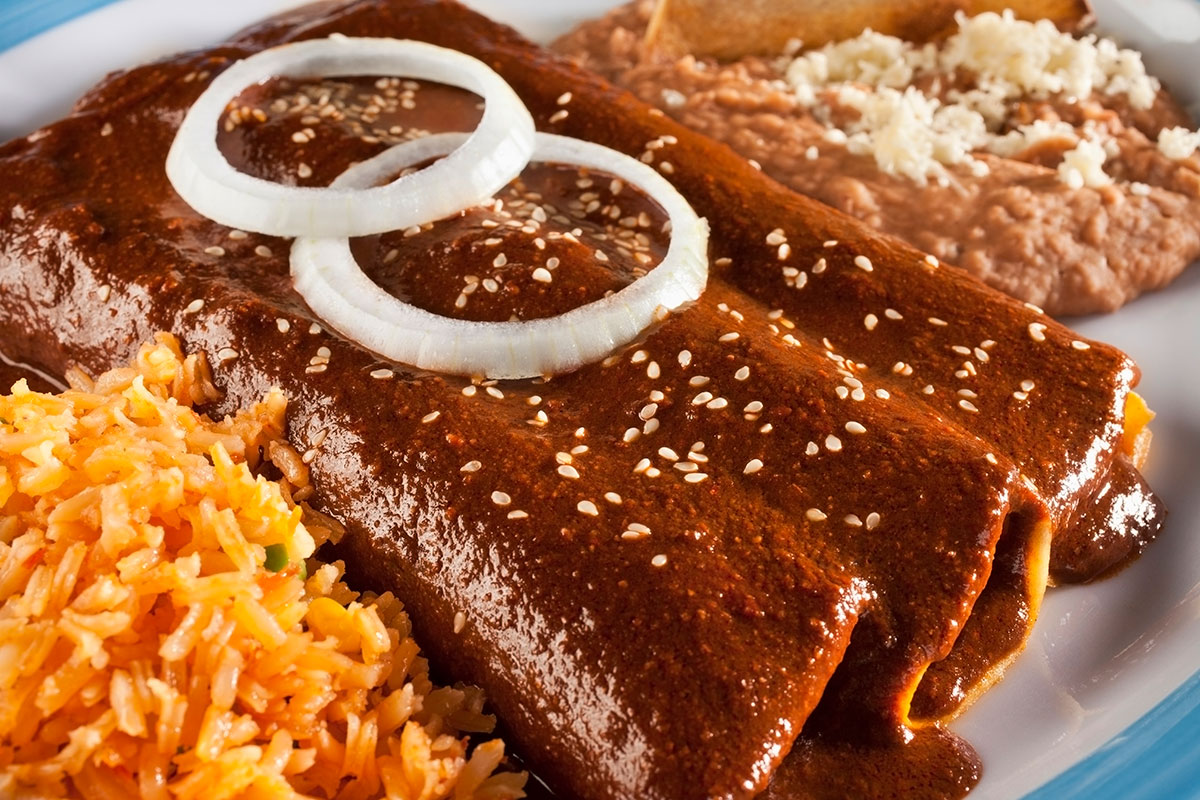 Mexican food is adored the world over; tacos, fajitas, enchiladas, and quesadillas are staples in restaurants all over the world, and no doubt many people would name these dishes first when asked about Mexican cuisine. For those who have spent time in Mexico, and of course for Mexican nationals, however, there are few dishes as quintessentially Mexican as Mole.

Mole is iconic, but did you know that there are many different kinds? Mole varies from region to region, even from family to family, and can be made with more than 30 ingredients! The most famous is Mole Poblano, hailing from Puebla, which is most often served over turkey!

Here are some interesting tit-bits of information regarding mole: As we said before, mole can be made with as many as 30 ingredients at a time. Chili is almost always an ingredient, but sweeter flavours like cinnamon, sugar, and chocolate are often found in mole alongside some kind of nuts (almonds or peanuts usually), bread crumbs, and cloves.

Where did mole originate? Most surprising, however, is the fact that the origins of mole are a mystery! There are, in fact, several legends which lay out how mole came to be. The earliest is, perhaps, the least plausible and states that mole was created and served by Moctezuma, king of the Aztec empire, served mole to the conquistadors, who he believed to be Gods.

There may be a grain of truth in that story, but there are more direct origin stories for the most well-known variety of mole, mole poblano! It is generally accepted that mole poblano, a thick, chocolate-infused sauce most often served over poultry, was created first in the convent of Santa Rosa in Puebla, but how and by whom is disputed. Some say that the sisters of the convent threw together what they could find when an Archbishop made a surprise visit, but others say that Fray Pascual accidentally spilled a then unheard of combination of spices into the pots which turkeys were cooking in. Whichever story is true, mole was quickly adopted and spread across the country. Every cook has their own way to make mole, and recipes are generally treasured family secrets. Preparing mole takes so long, and is such a complicated undertaking that it is most common to make it in big batches. The average home cook, however, does not have the right equipment to blend such large amounts, and she they will generally take the cooked ingredients to the local Molino (grinder) to get the mole to the perfect consistency.

So, the next time you have mole you can appreciate just how much time and care went to its preparation.