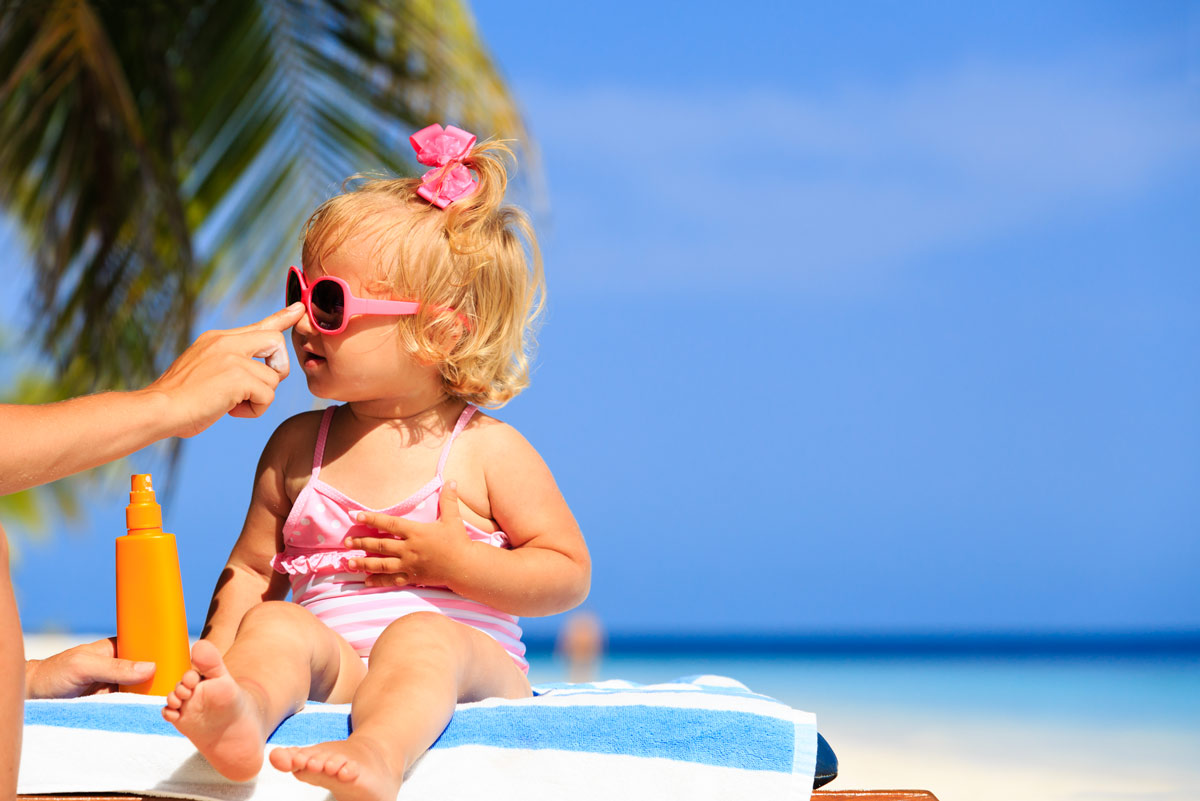 Just about everyone living in the modern world has heard about the benefits of wearing sunscreen.  However, there are still an alarming number of people who regularly face the damaging and downright dangerous effects of UV rays without protecting themselves.  Whether your skin sins are big (like slathering yourself with oil and baking in the sun) or seemingly small (you don’t religiously wear a moisturizer with SPF on your daily commute), your skin is being damaged whenever you expose it to UV rays without sunscreen.

Let’s take a look at the top reasons we should all be using sunscreen every day:

It Decreases Your Chance of Developing Skin Cancer Skin cancer can be deadly, and with its rates on the rise, wearing sunscreen has never been more essential.  It is estimated that 90 percent of all nonmelanoma skin cancers, as well as 65 percent of all melanomas, are caused by sun exposure.  Using sunscreen to protect your skin from ultraviolet radiation (UVR) caused by the sun, which produces damage to your DNA that can lead to skin cancer-causing gene mutations, is one of the simplest and most effective ways to limit your risk.

You are Less Likely to Get a Dreaded Sunburn While most of us have suffered through the discomfort of at least one sunburn sometime in our lives, many people don’t realize how dangerous they can be.  Sunburn occurs from overexposure to the sun, when the skin becomes inflamed or blistered in reaction to the injury it has endured, causing symptoms including swelling, reddening, and burning and stinging sensations as it heals.  Unfortunately, this DNA damage is often the first step towards developing skin cancer.  Just one blistering sunburn during childhood or adolescence can double a person’s chances of developing melanoma later in life, while five sunburns in your lifetime, no matter what your age, can double your chances, too.

It Helps Fend Off Premature Aging of the Skin In addition to putting your health at risk, unprotected sun exposure can also wreak havoc on your looks with UV-induced skin aging known as photoaging.  When you faithfully apply sunscreen every day, you will be slowing the natural development of aging skin.  Spare yourself from waking up to premature signs of damaged skin including wrinkles, sagging skin, a leather-like texture, skin discolorations and hyperpigmentation, which are often called age spots or liver spots but actually come from sun damage.

Wearing sunscreen every day, no matter the weather, is crucial to keeping your skin looking better, longer.  Even on overcast days, between 70 and 80 percent of the sun’s rays make their way through clouds and fog.  In addition, UVR levels rise with higher altitudes, and the reflection off of surfaces such as water, snow, concrete and sand can increase their effects by as much as 80 percent.

Protect yourself against the damaging effects of the sun by using sunscreen daily!